We spent a rainy weekend in Astoria helping uncle Nate and aunt Amanda with their bathroom remodel.

Truth be told, Jason did all the helping and I just played. While the boys spent the day tiling the shower, Amanda and I headed south with the kiddos to the Seaside Promenade. We spent our afternoon riding a carousel, running through arcades, eating pizza, noshing on cupcakes, stopping off at a candy shop for Lemonheads and Cinnamon Bears, playing with trains, purusing a toy store, feeding seals, and to top it all off Carson saw the beach! How could I have failed to mention the beach! until we were literally standing in front of it. It was a welcome surprise. The entire day was one big carnival ride. And to top it all off Amanda is full swing into her second trimester (but you’d never know it). She’s such a trooper. Very excited to have a niece or nephew close by come May.

But now we’re home, Jason is feverish with strep and I’m starting to feel a tickle in my throat. And it’s still raining. Talk about a sugar crash. 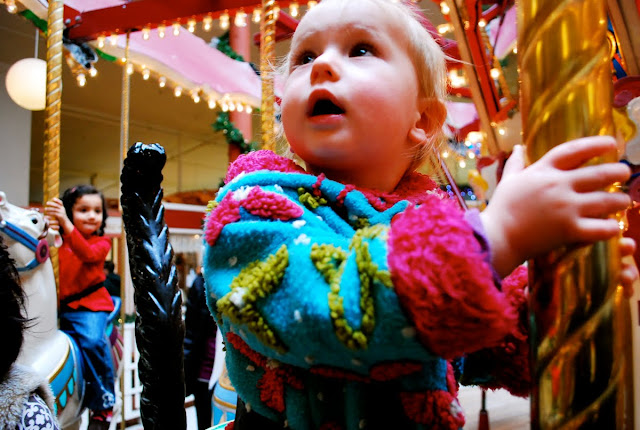 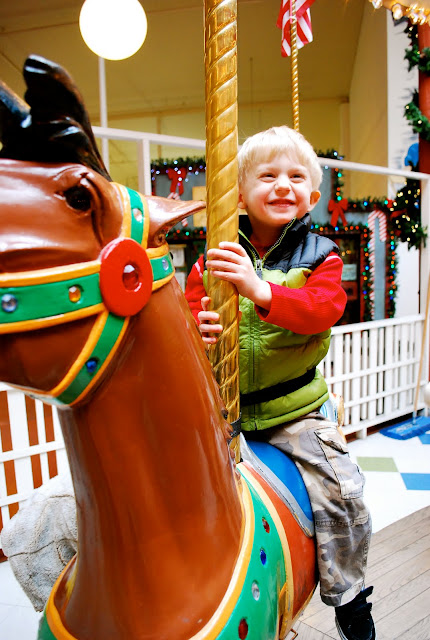