Two years ago, I was afraid of wanting anything. I figured wanting would lead to trying and trying would lead to failure. But now I find that I can’t stop wanting. I want to fly somewhere in first class. I want to travel to Europe on a business trip. I want to get invited to the White House. I want to learn about the world. I want to surprise myself. I want to be important. I want to be the best person that I can be. I want to define myself instead of having others define me. I want to win, and have people be happy for me, I want to lose and get over it. I want to not be afraid of the unknown. I want to grow up to be generous and big hearted, the way that people have been with me.
I want an interesting and surprising life. It’s not that I think I’m going to get all of these things, I just want the possibility of getting them. College represents possibility. The possibility that things are going to change. I can’t wait…
If you know whose college essay this is I think we’d probably be good friends. And you’d be in her corner, cheering her on. I’ve sung their praises before. FNL is good television.

Not familiar? Set your DVR for Friday night at 9pm. Or got to hulu.com and watch the series from the beginning for free. Character development, amazing acting, cinematography, family dynamics, small town America, community… the kind of show where you really care about what happens to the characters. Not to sound cheesy, but you feel their pain.

After each episode I turn to Jason and say, “This show is so good! Why don’t more people watch it?” It’s gained a ton of critical acclaim but not a huge following yet. I just found out NBC picked up the show for two more seasons. The little engine that could. It’s going to make it yet. You have no idea how happy this makes me.

Riggins, Coach Taylor, Landry, Tyra, Saracen, Smash. Get to know them. They have stories to tell. And they aren’t about football. 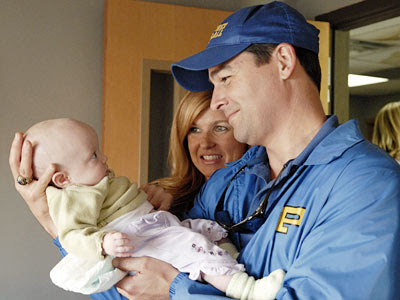