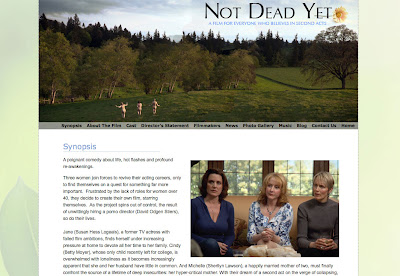 I was really excited for the opportunity to be the web designer on this project. Independent film, shot on location in Portland. It will be premiering at festivals later this summer, hopefully picked up by a major studio and coming soon to a theater near you. I worked closely with Susan, the lead actress/screenwriter/producer. Such a delight. Based on the trailer the movie looks inspiring, hopeful and cathartic. With some good laughs. All the makings of a good dramatic comedy. It’s A film for everyone who believes in second acts.