On a recent rainy afternoon Carson, Hadley and I made a batch of granola. They helped measure and mix and by the time I placed the pans in the oven it was way past nap time.

After tucking them in with the promise of a bowl after they woke up, I went downstairs to work as the smell of baking oats, sunflower seeds and coconut wafted throughout the house.

They both took marathon naps and as it grew dark outside and dinnertime approached I decided to wake them up. Carson asked for granola the second his eyes popped open and with no plans for dinner I decided to make it a meal. I reached in the fridge for their favorite yogurt that we now purchase in 64oz. tubs.

“Breakfast for dinner! That’s silly,” said Carson as he asked for a second bowl.

Or brilliant, I thought as I rinsed out the bowls and cleanup was done. 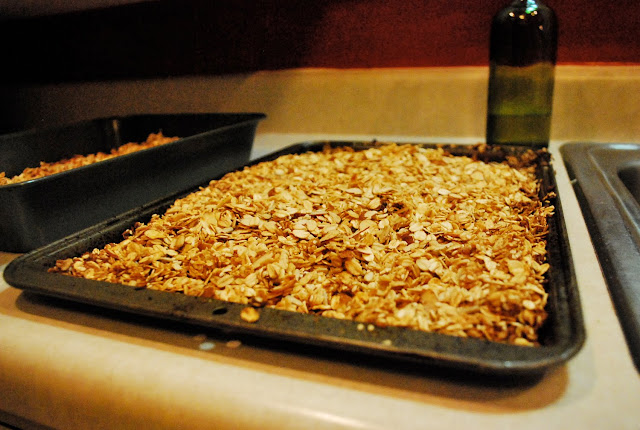 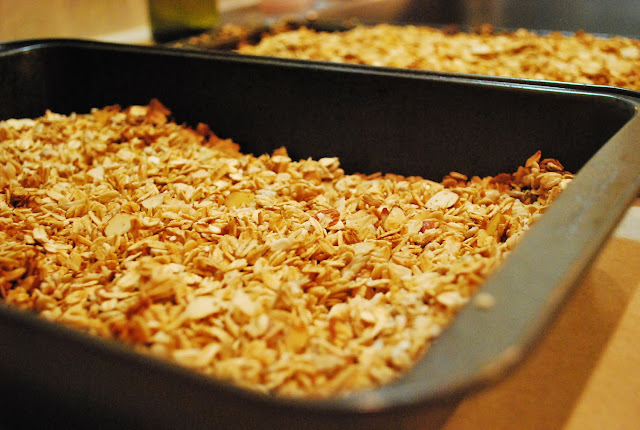