As remodeling projects go, things are taking a bit longer and we’ve added a few more little things. Like a bathroom, a bedroom and a wine cellar. That Thanksgiving deadline? It’s now extended to mid-February. We ended up having to draw up plans for the city to approve and pull permits for EVERYTHING. Jason is finishing the insulation today and we’re hoping to get final approval for mechanical and electrical tomorrow morning. Then drywall, mud and tape, flooring, carpentry, finish work and then comes my favorite part – painting, choosing light fixtures, hardware and trips to IKEA! That’s when I get to take over as Project Manager.

So as Jason has been hard at work downstairs with the framing and egress window I started a project of my own. With my office now at the kitchen table every day has turned into an endless battle with the clutter of toys and paper and daily life. I started getting antsy and impatient and wanted a project that would give me instant gratification.

I decided to repaint our bedroom. My inspiration came from a plate I saw in the Anthropologie catalog. I envisioned three walls painted a pale Tiffany blue and one wall a rich chocolate. I went to the paint store and fell in love with shades like Truffle and Robin’s Egg. But as I looked at the room I realized I didn’t want to paint another layer onto the walls where years ago someone had hung wallpaper. Then years later someone decided to paint over it. Again and again, including me. In many parts it was starting to bubble and tear. I decided to be ambitious and strip the walls down to the plaster. I figured it would take a few afternoons. If I recall that was sometime in early October.

I should mention how incredibly *thrilled* and supportive Jason was about me starting a new house project while he was busy cutting into the foundation and clouds of concrete dust wafted up from the basement creating a layer of chalky film over the entire upstairs. I had to promise that my project would not create any more work for him. So when layers of plaster started crumbling to the floor as I scraped the wall I knew I would be the one making the trip to hardware store and patching all the holes.

When I was finally ready to paint I couldn’t find the exact shade I wanted so I did a color match. I found out that beautiful shade of blue looks very different on a six inch plate than it does on an entire wall. It looked like I had taken a tube of Crest and smeared it throughout the room. I settled for a muted cappuccino shade instead and painted another wall chocolate. Then I decided our bed clashed and we needed new linens. I started looking online and found exactly what I wanted on Overstock.com. And our old bed found a new home with a newly engaged couple thanks to Craigslist. It was exactly what they had been looking for.

Project complete! And Jason didn’t have to lift a finger. Now I’d better go help him with the rest of that insulation… 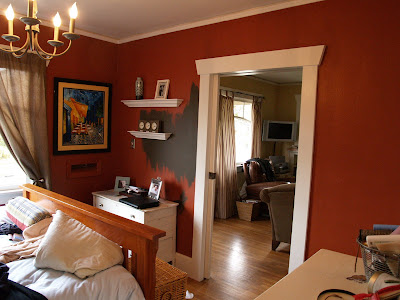 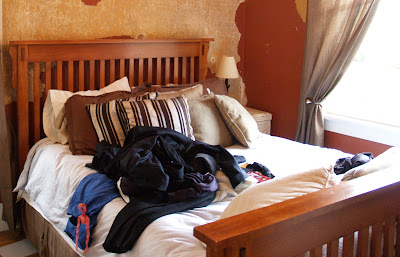 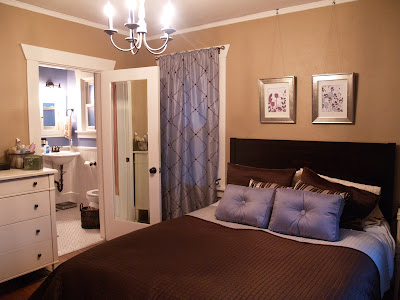 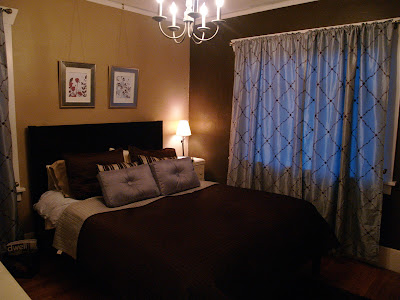 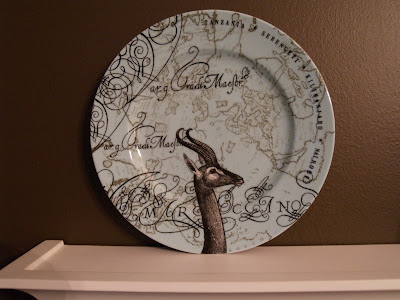