Before I was born my parents purchased this old Victrola at an estate sale dirt cheap. Small town. Midwest. Growing up it housed a turntable on top, stereo in the middle and an impressive collection of viynls in the bottom cabinet. Oh the countless times I lifted the needle to replay I Feel Pretty, pretending to be starring on Broadway. And listening to the first pop album I purchased as a preteen for hours on end. A stark contrast to this childhood gem years earlier.  Irony. Throw in Van Halen, John Denver and Buddy Holly and it housed an eclectic collection to say the least. 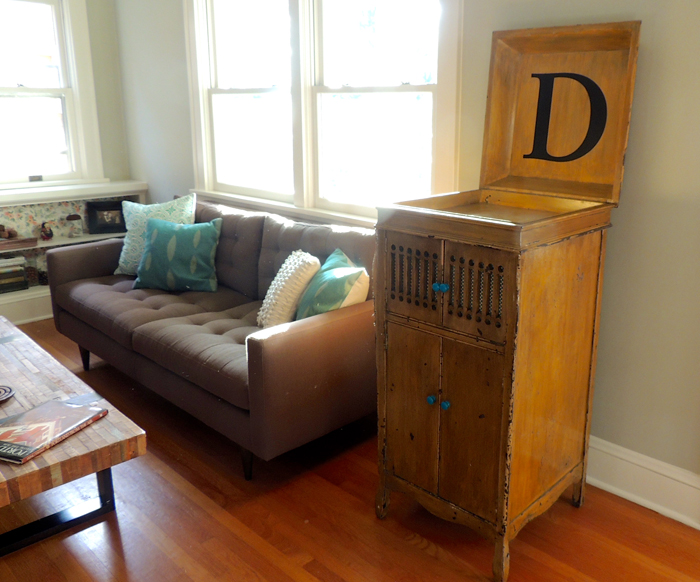 For the past couple of decades while my parents moved around the Victrola has resided in multiple storage units and garages. A few months ago I spotted it in my parents’ garage and had an idea to convert it into a bar. I asked. They didn’t resist.  At first I was going to strip and paint it, but in the end the “antique” treatment it had in the 60s started to grow on me, chips and all. 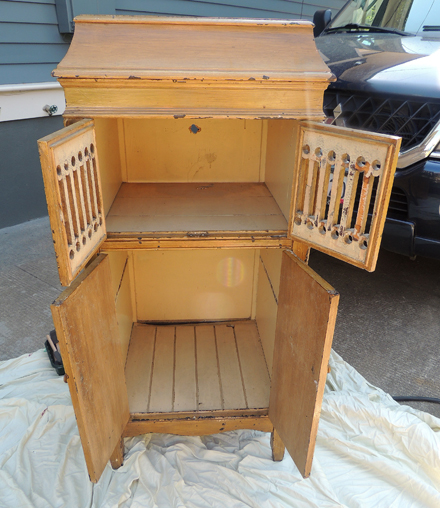 A little craft paper, a splash of color on the interior and knobs for pop… 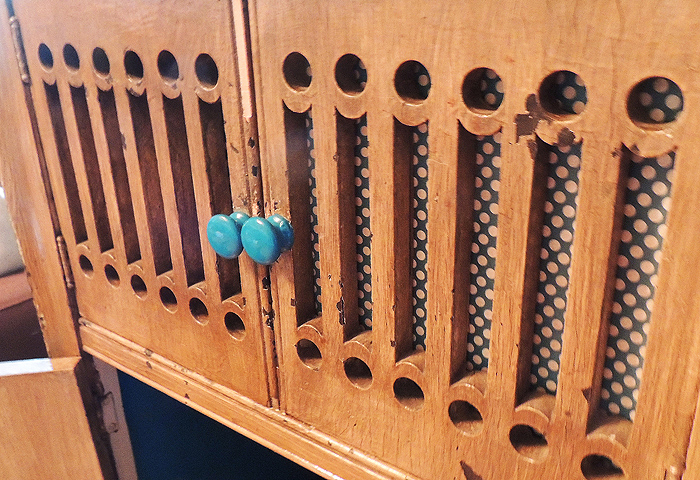 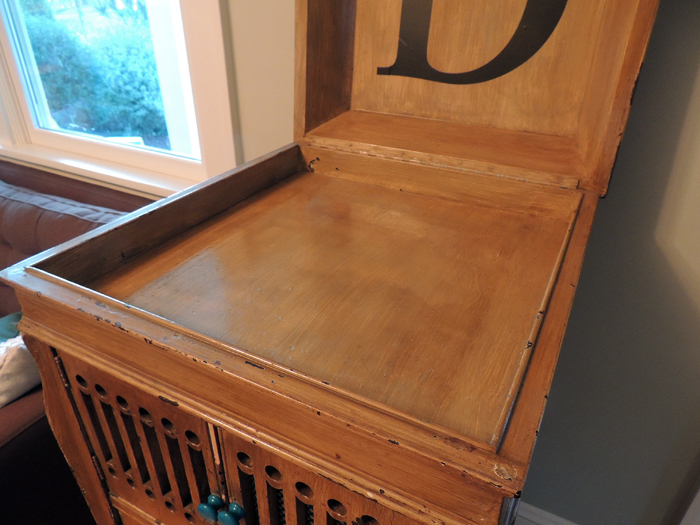 Wine glasses, bar ware…there’s a place for everything: 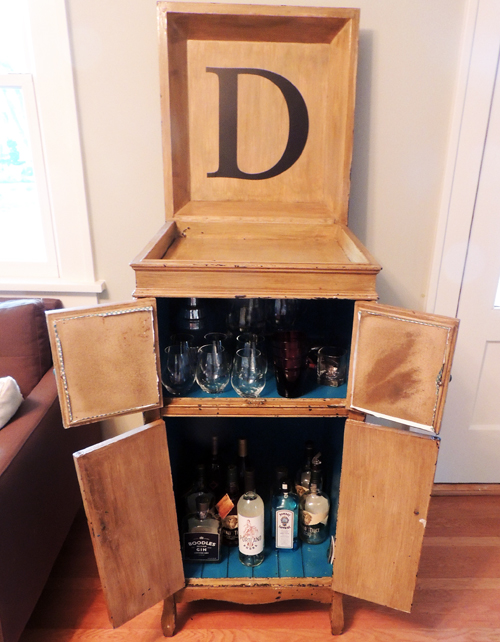 And for the finishing touch, I found this over sized D on etsy: 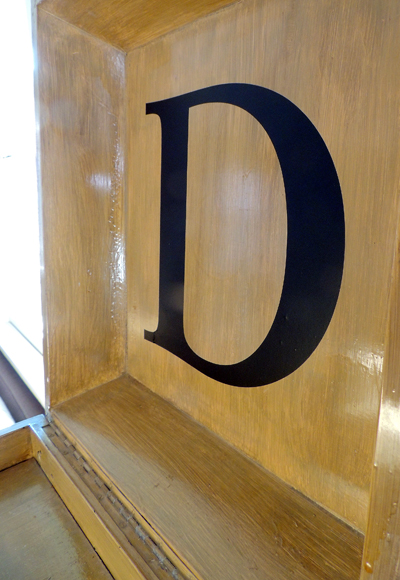 I’d love to meet the craftsman who made it 100 years ago. I’d mix him/her a cocktail and give a proper toast.  CHEERS!