When mapping out the basement we wanted the living space to be free of heating ducts, pipes, support beams and everything else reminding you you’re in a basement. For the most part we were able to keep these things contained to the laundry and storage areas but the return vent cut directly through the middle of the basement which meant getting creative. We worked the floor plan so the vent ran along the dead space between the two main rooms which became the hallway. Lighting also posed a challenge since you can’t install electricity into a heating vent. In hindsight we would have wired a recessed wall sconce but for now a funky wall light from IKEA will suffice (until I can convince Jason to put his electrician hat on and cut into the drywall :). 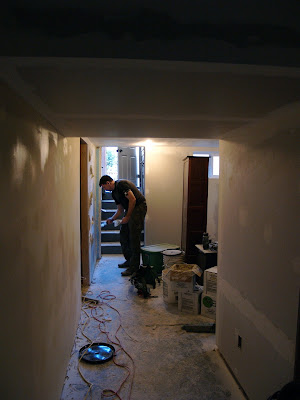 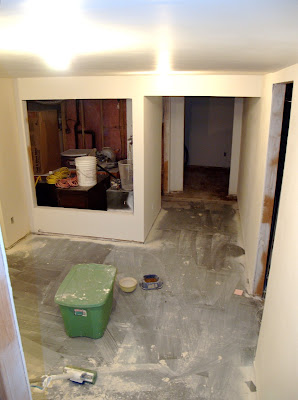 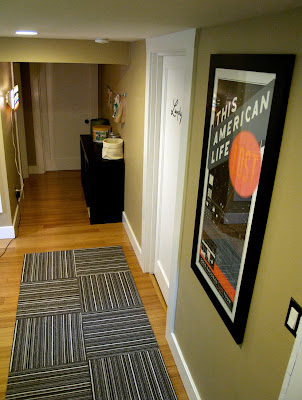 Details | Doors
Since the doors weren’t standard sizes we knew we were probably looking at ordering custom doors to reflect the style of panel doors upstairs. Then the obvious hit us to just make a trip to the Rebuilding Center. We found all four doors for under 20 bucks apiece. Something came in under budget! I hired a local calligrapher to script The Cellar and Laundry onto the hallway doors. 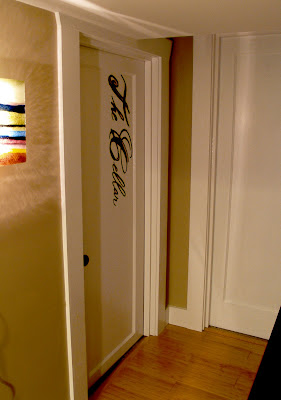 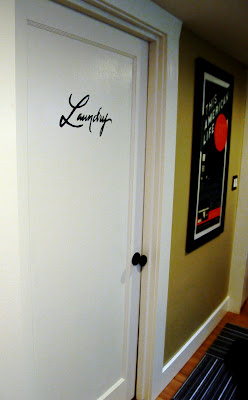 Details | Toy Storage
I’m a big fan of making Carson’s toys easily accessible for him to get out and put away himself while keeping the house uncluttered. This storage unit from IKEA made us both very happy and the toy sprawl in check. 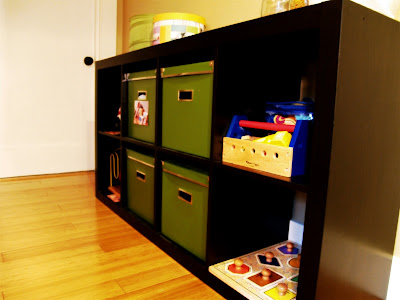 Details | Art Wall
I love displaying Carson’s artwork and got this idea from The Creative Family by SoulMama. I repainted two old knobs found at an antique store down the street and hung wire between them. I felt quite crafty. 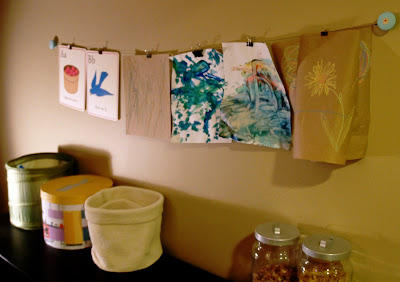 Two rooms to go – The bathroom and bedroom/den. Stop by again on Thursday for the rest of the tour!