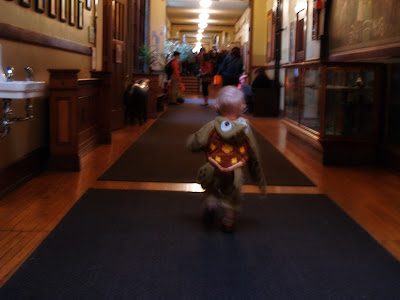 A busy Halloween full of festivities. During the day we attended his BAM Halloween Party. We were in charge of the music and C was happy to share his collection of Dan Zanes with everyone, especially his latest fav tune: Jump Up. Later in the day we met up with friends at Kennedy School. Fortunately we arrived early because after an hour the halls were packed with costumed kids amped up on sugar and it was challenging to keep track of him (he was fast – not in character at all). He loved running through the halls and aside from shaking a box of Dots wasn’t too interested in the candy, which was good for me because as we were leaving I realized we had nothing to pass out to the four trick-or-treaters that would be knocking on our door. Is it alright to regift Halloween candy? 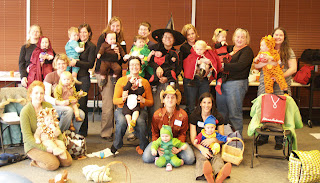 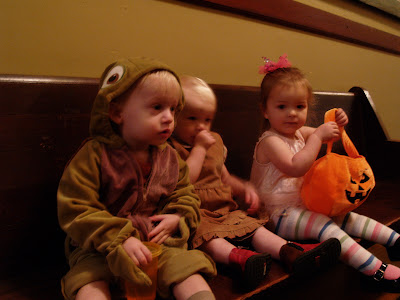