Our friends Amy and Dave hosted a sushi celebration on New Years Eve. Jason gave a quick lesson, and for the most part everyone caught on quickly. It was apparent I need a bit more practice and a new rolling technique. Carson was excited to try the fish since he accompanied Jason to the market to pick it out, but when the moment arrived he stopped after one bite of a tuna roll. He filled up on edamame and noodles while Hadley ate her weight in soy sauce. Amy was quite prepared, even equipping them with kid-friendly chopsticks.

With rubbing eyes and jammies on I thought for sure all the kids would be sawing logs in front of the Pixar movie come midnight, but when the clock struck twelve they were wide awake, dancing and banging pots and pans on the front porch. Which is apparently a Midwest tradition since Amy and I were the only ones who knew about it. 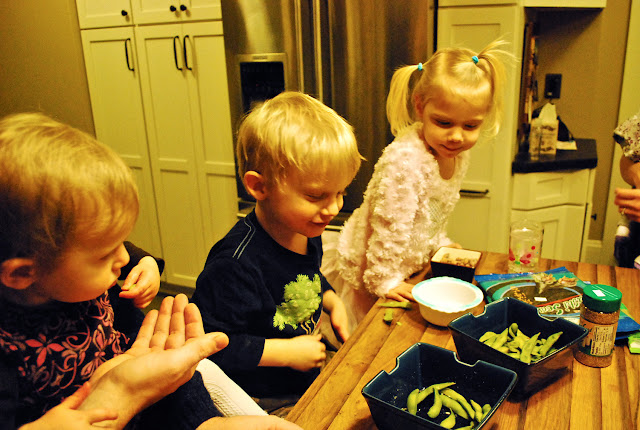 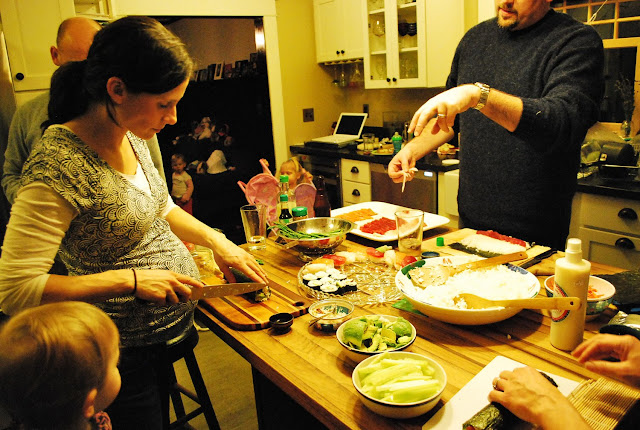 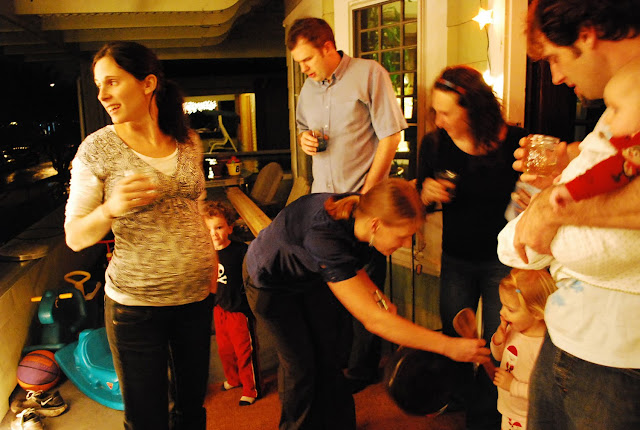 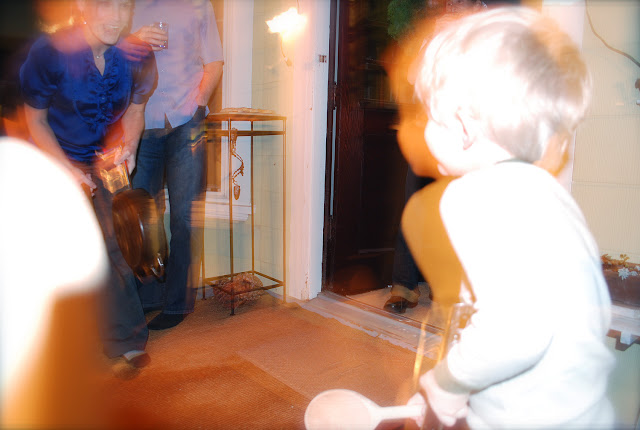 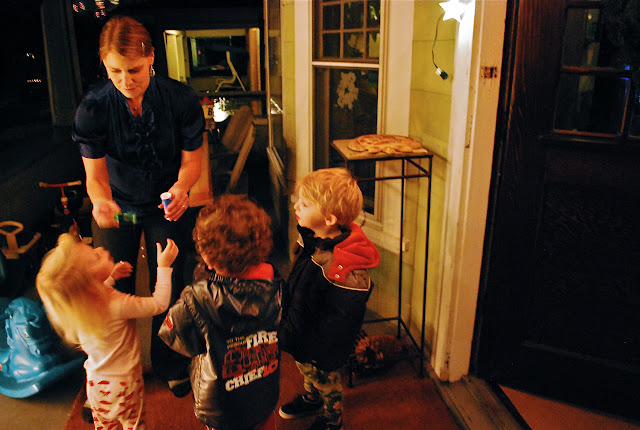