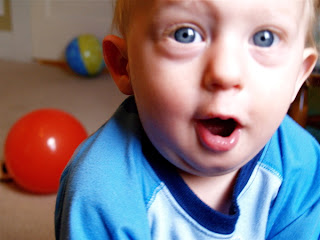 He’s been babbling for months but now it’s official. His first word. Not Mama or Dada or Stinkz (thankfully). B-A-L-L. It happened at the library last week following story time. After the teacher dumped the toys from the bin a bright blue ball rolled away from the pile. Carson took notice and confidently claimed it as his own, shaking it above his head. Now he says it constantly. He’ll wake up in the morning and before I open his door I’ll hear him chanting a chorus: ballballballballball. He’ll also say it in a hushed whisper. And sometimes he’ll use his Yoda voice. That sounds a little creepy. 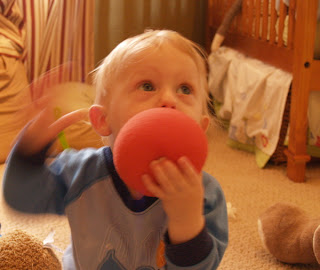