Hadley had no say in her Pepe Le Pu costume (or the steep candy tax applied to her bag of treats). Carson, on the other hand, announced a few weeks back he’d be going as a dinosaur. The thought briefly occurred to me to take a stab at making his costume, cutting out foam teeth and tracking down a green visor, but in the end it was too easy to hop online, click add to cart and three days later receive the package on the doorstep.

He immediately wanted to put the costume on and wear it continuously. Earlier this week the seams began splitting and multiple holes appeared. By Halloween morning the Velcro closures hung on by mere threads. One more day and it may have completely disintegrated.

We headed over to Kennedy School for the third consecutive year, meeting up with friends to roam the crowded halls and drink a pint before driving up to Papa and Gaga’s in Vancouver for an evening of trick or treating and taco soup. Carson enjoyed handing out candy each time the doorbell rang almost as much as receiving it. And out in the burbs, the doorbell rings a lot. Halfway through the evening Jason and I made a candy run to restock. 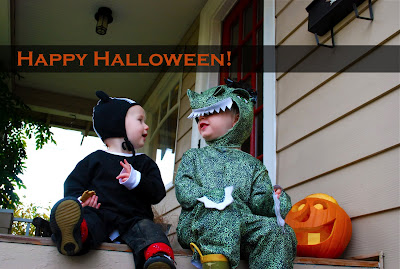 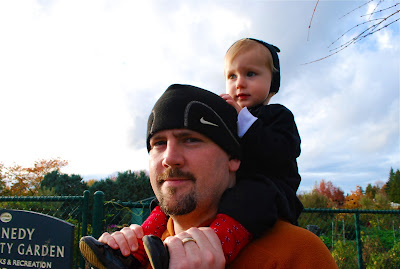 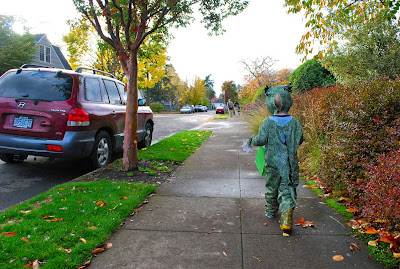