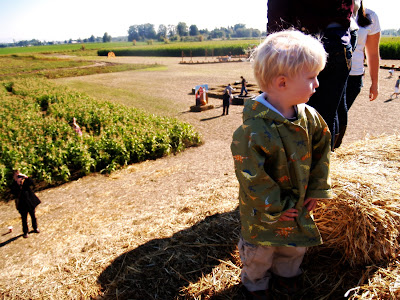 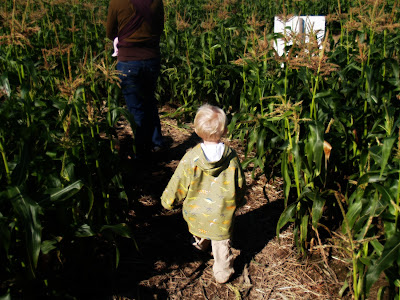 The annual autumn tradition to the pumpkin patch on Sauvie Island. Being a year older there was so much more to explore!

He solved a corn maze just his size, climbed atop a hay bale mountain where he could see for miles around; ate fresh corn on the cob with kernels sweet as honey and made animal friends with chickens and pigs; watched pumpkins shot from a giant slingshot sail through the sky and loaded up on all of his favorite produce.

When we brought the pumpkins home he thought it was silly to leave them outside on the front porch. So he carried his inside to the coffee table where he can keep tabs on it. And it won’t catch a cold.