When my favorite neighborhood boutique suffered a devastating electrical fire shortly after the New Year I was heartbroken. Owner Nicole opened Shop Adorn in 2010 and turned it into a Beaumont Village staple. It was my go-to shop carrying some of my favorite designers including Prarie Underground, Clair Vintage, and Paige Denim. 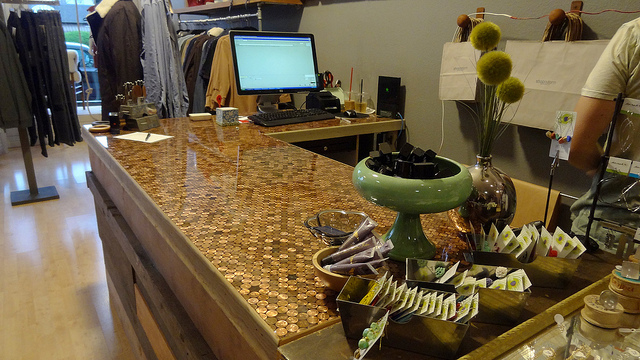 Nicole is one of those hands-on owners that makes shopping for clothes enjoyable {like you’re trying on clothes with your BFF}. Offering up honest advice, engaging your kiddos {Hadley was treated to a manicure during one visit}, and making you feel like you’re the only customer in the shop.

I had no doubt Nicole would rally and Shop Adorn would open again better than ever. This past weekend, four months after the fire, ShopAdorn opened its doors once again. Over the moon to have The Shop back in our hood.

With an eye for design and breathing new life into pieces, I couldn’t wait to see the new space Nicole created. Like the vintage chandelier she salvaged and restored. And especially her penny countertop creation from an IKEA hack. It was actually one of the first things I thought about when I heard of the fire, knowing the hours of labor that went into it.

When I found out she would be recreating the infamous countertop I dropped off a Ziplock bag of the copper coins. Carson thought it would be fun to mark a couple and see if we could find them again upon completion. My idea of marking an X using a Sharpie was quickly replaced with Jason’s better idea of etching an H and C into two lucky coins. 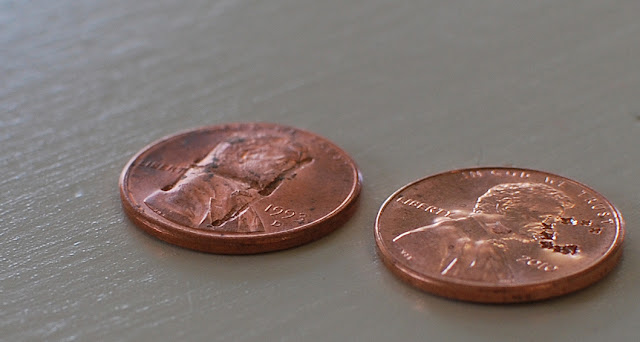 We stopped by during our Sunday afternoon walk and after careful hunting Carson found his coveted C! 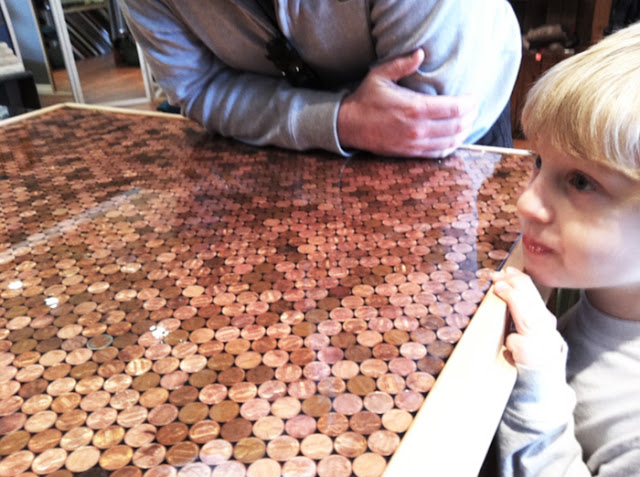