A big box arrived from New York this week. The gifts from Papa and Gammy that came inside will be opened Christmas morning, but the box has provided hours of fun. The first day it became a pirate ship, and the last few nights Carson has taken to sleeping in it.

It’s a special treat! Who gave it to me? he asked.

For Christmas! It’s my surprise!

That’s right. Papa and Gammy gave you a cardboard box for Christmas. You must have been a very good boy. 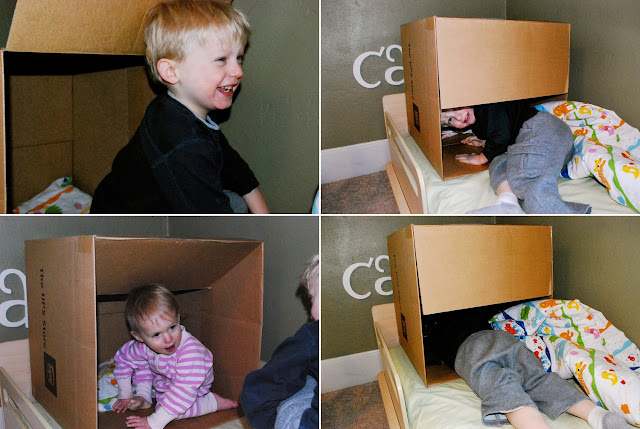