As Hadley becomes more vocal, Carson’s been trying to figure out what she’s talking about.

“Mama, what’s Baby Sister saying?”
I’ll reply that I’m not quite sure and ask him what he thinks she’s trying to say.
In the beginning he would reply, “Wah-Wah-Wah?” because that’s what all those Babies On The Bus say.
But lately he’s been translating for me. Yesterday he told me that Hadley was asking for a cookie and to watch an episode of Word World. And requesting more Tummy Time. 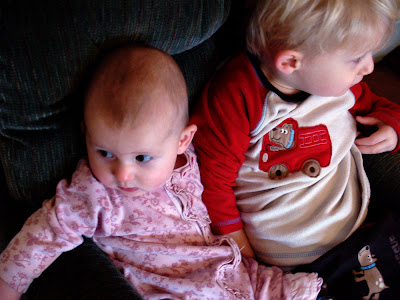