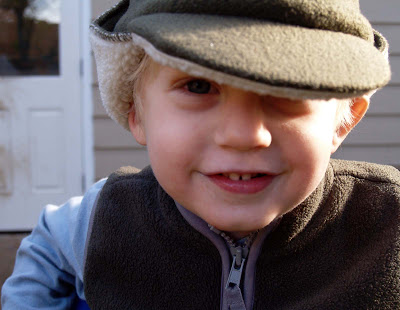 Last week as I pulled Carson’s blankets from his cubby at school two binkies came tumbling to the floor. I picked them up and gave them to his teacher explaining they’d been placed in his cubby by mistake. She replied, “Oh, those belong to Carson. They’re his nap binkies.”

Carson hasn’t taken a binkie since he was three months old.

Apparently ever since he moved up to preschool a few weeks ago he’s been swiping binkies out of his buddy Holland’s cubby, passing them off as his own and convincing his new teachers they were his all along.

Last night as I tucked him in he asked for a binkie. I told him he doesn’t have one. Yeah, he claimed, he most certainly does. So I asked him where it was. He explained it was in his cubby at school and would I be so kind as to retrieve it for him. Please. And if I don’t find it in his to check Holland’s cubby. Because those silly teachers keep putting his in there.